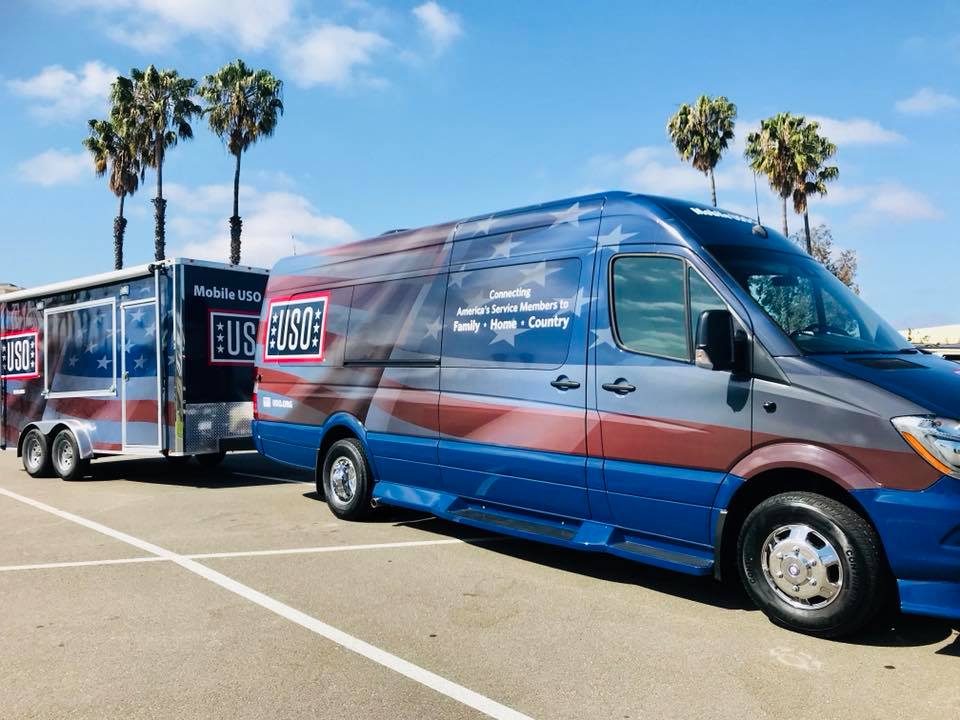 If we had a news ticker on the top of the website, it would read, “BREAKING NEWS Camp Pendleton to get USO!”  This is big news. Historically, there has not been a USO on a CONUS Marine Corps base, so Camp Pendleton getting their very own USO is an amazing opportunity for an expansion of programming on base and another way for families to get plugged in and volunteer with a premier organization with a long history of supporting the military.

The USO is known world-wide as an ambassador of goodwill and laughter thanks to Bob Hope and the USO World Tours of World War II.  MilMomAdventures reached out to USO San Diego to find out about timing of programs to share with families at Camp Pendleton and within minutes they responded that there was a USO coming to Camp Pendleton.  It felt a little bit like “getting the scoop” and we set up a time to sit down with the leadership of the Camp Pendleton USO to learn more about them and their goals. Ann, the Center Director of the Camp Pendleton USO has started up two other USOs around the world – one being in Alaska! She is excited to hit the ground running on base. Tracy, the Center Operations and Programs Manager, has been involved with military programming in multiple capacities from the CDC to programs at MCRD-San Diego.

Geographically, Camp Pendleton is an impressively large base of over 125,000 acres. The San Diego USO has two locations – downtown and the airport lounge. Both are very active with events, food pantry and evening dinners which can be one to two hours drive away depending where you live on base. There is also the Bob Hope USO in multiple locations in Orange County. Being sandwhiched in between two USOs, Camp Pendleton might seem to already have options in USO programming but both current USOs are more than 45 minutes away from anywhere on Camp Pendleton. With the increase in military forces and thus increase in family members with those service members, the number of support and programs need has increased. The establishment of a Camp Pendleton USO will provide that support and a physical building for families to go to for activities and relaxation. 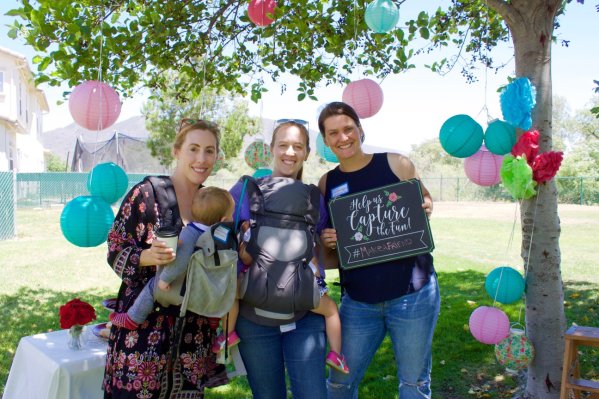 If you follow our Instagram or Facebook page, then you saw that MilMomAdventures co-hosted an event with the USO – The Make a Friend Mixer was a casual get together where moms could make DIY spa products, kids and moms could enjoy mocktails and dessert and the kids got to enjoy a kids table and run around on the playground! There will be more of these and similar events all over base, from the north to south, east to west. 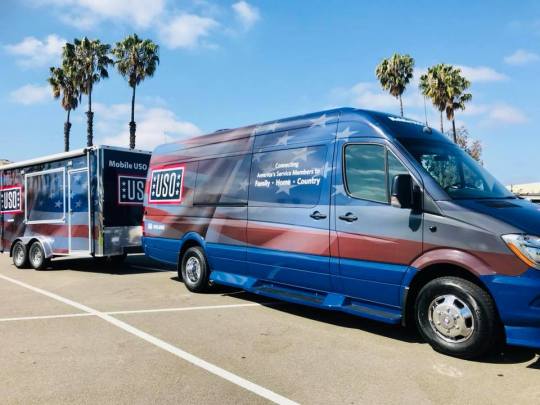 In fact – the CP USO will have a mobile unit! It will be a shared mobile unit for all of California,  but will be available for support of unit events. Tracy shared that the mobile unit will have a movie screen, speaker system, gaming consoles, wi-fi and outdoor games! MilMomAdventures is in talks with a joint venture with the USO and their mobile unit this summer…more information to come!

The new USO building will be on mainside (the official “mainside” by the 13 Area Pool) with the plan to be open at the end of this summer. Stay tuned for opening dates and information on our Facebook and Instagram page, and the USO Facebook page. Their building is near the YMCA Fisher Children’s Center which allows for drop-in care, so if you want to volunteer and not sure what to do with the little ones, this daycare option is available!

There are two big events coming this summer! Headquarters USO is planning a baby shower August 15th with Heidi Murkoff! This MilMom hasn’t been able to attend one of these showers, but the friends that have enjoyed themselves and came away with gear preparing them for baby’s arrival. This is a nice treat for those of us who are not near family or recently PCS’d prior to being able to have a baby shower. Operation That’s My Dress with designer Sherri Hill for teens will be coming this summer as well – there will be a fashion show, free Paul Mitchell hair products and make-up make overs. We will share these events when the details begin to be advertised so you can share with your expecting friends and friends with teens!

If you are curious about volunteering with the USO or would like to have USO Camp Pendleton come to your event, you can email Ann or Tracy at ajarvis@uso.org or tgenica@uso.org. We are so excited! Have you utilized the USO before? How?

This site uses Akismet to reduce spam. Learn how your comment data is processed.